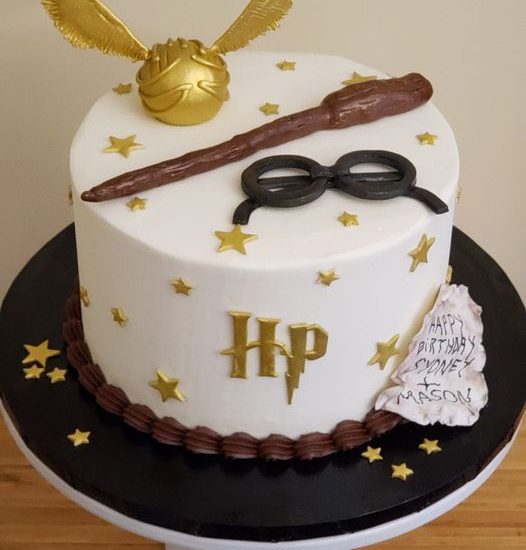 I’m the frosting fails, sinking muffins, and dry, dense cakes type baker.  So I wanted to know how to be a better baker.  Jennifer Arney, owner of Cardigan Cakes in Canaan,  filled me in on the secret to great baking.  I’ve sprinkled in photos of her cakes and cupcakes for your ooohhing and aaahhing pleasure.

What’s the trick to getting a nice fluffy cake?

Apparently it’s all about the mixing!  Who knew? Here are two ways to mix your cake batter to get the perfect consistency and texture.

You know when recipes ask you to mix the butter and the sugars together?   This is the creaming method and most recipes use this method.

Jennifer’s Tip: “For the fluffiest, lightest cake I would suggest the creaming method.  [It] will produce a light fluffy cake if done correctly and the recipe is balanced.”

Mixing all sugars, flours, and other dry ingredients together first and then adding the egg, butter, and other liquid is the 2 stage method.  You can read more about it here.

Jennifer’s Tip: “The 2 stage method results in a more dense but tender cake.”

The Secret is in the Butter!

“The key is to have the butter at room temperature but still cool, around 65-70 F.

You will want to beat the butter till it’s light in color for a minute or two, then slowly add the sugar then beat for an additional 3-5 minutes until the butter sugar mixture is light and fluffy. This stage is where the sugar crystals bring air pockets into the butter for a lighter fluffier cake.

Common Reasons for a Dry Cake

Are there any tricks to keeping a cake from sinking in?

I hate it when my cake or muffin sinks in the middle.  Now I know why.

It said 30 minutes so it’ll be done then because the recipe says so, right?  Nope. “Baking time can vary oven to oven so the time on the recipe is simply a guideline,” says Jennifer.  She adds, “For example, if the recipe says to bake for 30-35 minutes, start checking after baking for 30 minutes, or maybe even a few minutes sooner.

Jennifer’s Tip: “I like to use cake pan strips around the edges of my cake pans while baking as they tend to keep the edges of the cake soft so they do not dry out before the center is baked. They also help keep the cake from doming in the center.”

Can you leave it out on the counter at room temperature or will it spoil?

Yes. The traditional buttercream of butter and powdered sugar can be left out covered for a couple days.

Jennifer’s Tip: “Any cakes filled and frosted cream fillings and frostings including cream cheese should be refrigerated. In addition, cakes with jam and curd fillings are best stored in the refrigerator also.”

Can you freeze cake? And if so how to you package it?

The best cake to freeze is an unfrosted one.  According to Jennifer, “unfrosted cake layers freeze beautifully.”

Jennifer’s Tip: “Wrap them a couple of times in cling wrap then place in a ziplock bag and freeze flat.”

You can also freeze a decorated and assembled cake without ruining the design.

Jennifer’s Tip: “To freeze a fully assembled cake, place it in the freezer on a plate till it’s firm then take it off the plate and wrap several times in cling wrap while it’s still partially frozen so you don’t mess up your design. Place it back in the freezer until it’s solid then wrap again in foil OR, if you have one large enough,  put the cake in an airtight container. To thaw, place it in the refrigerator for several hours. Take of the foil and cling wrap while it’s still cold and firm.”

Want to know how best to cut your cake so it doesn’t dry out?  I found this amazing tip: cut horizontal across the cake and push both sides together. You can see a video here. This keeps the unfrosted part of the cake from getting exposed to the air and drying out.   Definitely going to use this tip next time.

I mess up frosting every time, are there any tricks to making frosting?

My frosting always tastes funny or doesn’t whip up nice. I’m afraid to make desserts with frostings because of all my failed attempts and it’s supposed to be easy!  Apparently I was using the wrong process, beating the butter and sugar together right off. Or maybe my butter wasn’t soft enough. I’ll have to give it another try soon.  There’s such a things as Oreo frosting right? I’m going to try and make some. Or maybe peanut butter…

Jennifer’s Tip: “I would say to be sure the butter is soft and beat it until it’s smooth before adding the sugar.  Then add the sugar in small amounts slowly and beat on low until each addition if fully incorporated and smooth. At the end, if liquid is necessary, add very small amounts at a time until the desired consistency is achieved.”

How long have you been making cakes?

“I’ve been baking cakes since I can remember and am fully self taught.  Baking has always been a passion of mine. The stresses of the day are swept away when I’m in my kitchen baking or cooking. Any excuse to bake  either a cake or cookies or brownies, I was there.

I have a memory from my childhood when i was probably 12 or 13 of baking a cake for my dad’s birthday. I don’t remember what kind of cake it was, but it was,  and forever will be known as the “brick loaf cake”. The cake was dense, heavy and probably horrid but my dad ate it with glee and professed how wonderful it was. It wasn’t until a few years later that the cat was let out of the bag that it really was a “brick loaf cake”. I baked on. In recent years I started putting photos of my baked goods on my personal Facebook page and things exploded from there. I’ve been selling cakes and cupcakes out of my home for several years now.”

What’s your favorite cake to make and indulge in?

“Just what you would probably think, chocolate and I sell more cupcakes than I do cake.  They are fun at a party and easy for people to just grab and go. They are the perfect single serving size and no plates or silverware needed.  I created a cinnamon cupcake that is very good and once people try it, If you like cinnamon, they love it.”

Jennifer made my son’s 2nd birthday cake: chocolate cake with oreo filling and buttercream frosting and it truly was amazing – – and I don’t usually eat cake!  I can’t wait to have more on my next special occasion.

Until then, I’ll work on improving my own baking skills now that I have some new tips to try.

The oven is preheated and I’m ready to go.  Let’s make some cake!